skip to main | skip to sidebar

I have not gained much clarity still in the head since. Grey and rough thoughts of my uncertain forward and the unforgiving yesterdays still decorate and fill the already bleak and dark spaces of the mind.

It seems that more effort and tougher changes only have bared even worse outcomes swaying much further than the initial point grasped and the expected end.

I still harbour extreme pain and severe wounds in the abyss of what seems to have been the thoughtful and cunning heart.

It seems impossible and unthinkable for the hurt to vacate and leave the beating walls and the squeezing tunnels of it too.

Yet I am tired and exhausted with all these almost norms.
Posted by G4F4 at 8:56 AM 1 comment:

The Great Voyage of Self Betterment

I've actually managed to get my guts numb & cold, venturing beyond the crowd or should we say The Commoners Realm :p.

I have pulled the plug off my  Facebook or whatchamacallit stupid online social network portal.
& with chins high up, I stride through the reels of my show, with echoes of "I shall & will not ever be made an inhabitant of this Commoner's Amusement ground!"

I've always had the hunch, this junk dressed in blue with their owners' pictures printed on their left foreheads is nothing but bad news & on a wet day.

I have again set sail on the voyage of getting known & liked (:p) through a much more civilized & respected manner .. Reading...

I pity, shitloads, those who are there to be not what they are .. chuckles...

But I doubt not there are those whom I respect & wish I was them lurks & swims in the blue waters of this Book!

Plus I do not like what I see there .. some are just beyond comprehension & digestion...

beware of those things above ..
I'll be trapped & be succumbed to doom if ur with a person as the above ...

this life is all about other people ... not u .. u have to effin put ur self in a ditch & let the other half be on top some stupid stereotyped skyscraper & effin rule u ..

well, I'm there ... nope not on the scrapper but deep down in a stupid ditch full of rats & germs .. heee

I've plunged into a realm, so dark and little known off, none had any clue what to find and see, when they were at the very edge I am now. No single encounter is alike, ditching and rubbishing almost all words of advice from the elders.

Well, I am being optimistic yet hopeful as a mother leaving her child at school for the first time.  I want and shall seek for happiness and bliss from this alien-like realm I've put myself in.

A realm & dimension crowded and cramped with pure souls ever needing to sacrifice like the human lungs need for air to live. like the need to  & self-forgetting for the benefit of the other half .. 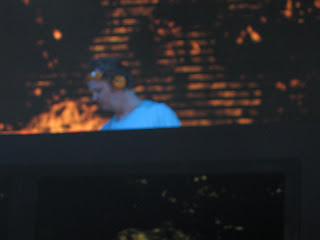 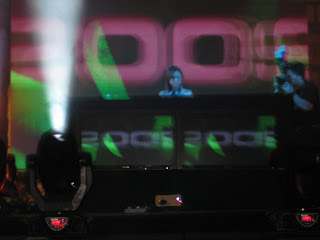 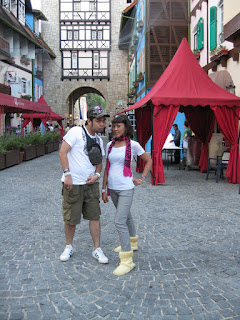 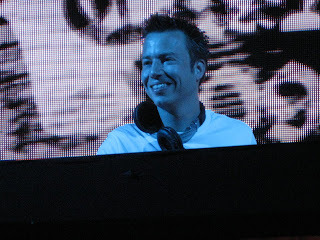 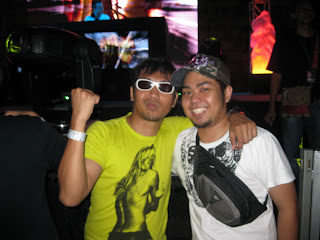 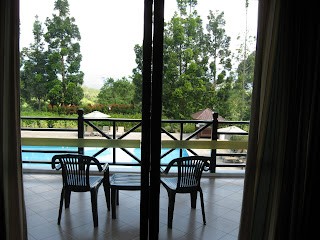 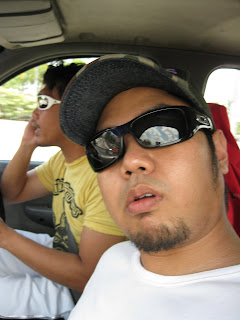 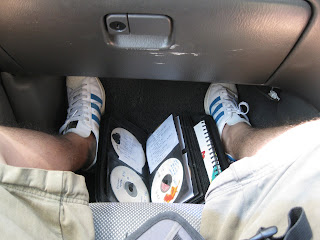 It really pisses me off when someone looks down on me .. well actually that's what I wanna start doing from now (as everyone is doing that to me) ..

I'm sick & tired of being the goody-two-shoes bastard ..

What is to be expected ..

I woke up quite early this morning.. 1st thing came across my semi-functional & jerky morning brain was the scene I'll be seeing later at the hospital ..

I can't imagine babah after the bypass as I have never seen him in that state .. (I was never with him in critical conditions, that's what losers do ..) I expected him to be jabbed here & there with cables & drip tubes & other similar horrific hospital equipment.

I foresee myself collapsing at the 1st site of Babah as I have some problems with syringes, blood & chloroform smell ..

I arrived at the CCU & saw him .. he was doing some physiotherapy exercise (assisted by hot physiotherapist :p) with a few wires poking his neck, oxygen tube thru his nose, drip inserted in his hands ...

Gloom started to fill me .. He didn't talk much (still under the influence of drugs I believe) ..
Luckily I didn't faint though ..

He complained the bed was not comfortable enuff but soon reasoned to himself by mumbling 'this bed is not meant for comfort anyway' ...

After a few mumbles (words) with Mama, he called my name ..
He asked me to grab his hand & squeeze it ..

He personally spoke to me on the 1st day he was admitted, insisted I quit smoking ..